Sharks.  Do they spark fear or excitement for you?  Either way, sharks are a crucial part of the marine ecosystem.  Learn about these unique and vulnerable creatures in the PADI AWARE Shark Conservation Class.

It’s no secret that sharks have a mixed reputation.  For some, the scary Jaws theme song begins playing at the mere mention of sharks.  Others understand the raw power and beauty of these incredible predators.

Most often, the bad rap sharks get stems from misunderstanding.  By learning about sharks, we can debunk misconceptions.  We can provide others with accurate information.  Become a shark defender.  Take your passion for protecting sharks to the next level.  Enroll in the PADI AWARE Shark Conservation Class.

Sharks inhabit almost every marine environment.  They can be found along tropical coral reefs, coastal waters, open oceans, and the icy arctic.  Some species can even be found in freshwater rivers and lakes.

Sharks have been a vital part of the marine ecosystem for millions of years.  Yet, today they are in danger.  Their populations are declining largely due to human impact.  But it is not too late.  Help save the sharks and become a defender of this apex predator.  Find out what you learn in the PADI AWARE Shark Conservation Class.

Dive into shark conservation.  During a classroom session and two dives, learn:

Want to pair the specialty course with a jaw-some underwater experience?  Sign up to Dive with Lemon Sharks.  Join us as we dive with these incredible creatures in Jupiter, Florida.  Click the link below to reserve your spot.  Become a Shark Conservation Diver during the boat dives.

Learn as much as you can about sharks in order to protect them.  Become a passionate shark defender.  Save sharks by earning your PADI AWARE Shark Conservation Class certification.

Contact us at training@puravidadivers.com or call 561-840-8750 for more information. 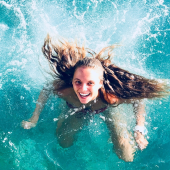