After a successful Memorial Day weekend filled with plenty of West Palm Beach Scuba Diving, our crew decided to have some fun!  Memorial Day conditions were gorgeous and the Pura Vida crew went our for a fun dive on the Princess Anne wreck.  Check out our YouTube Video of the dive!

The M/V PRINCESS ANNE, a 2400-ton ferry vessel, was designed to carry cars and passengers across the Chesapeake Bay. It was built in 1936 in Port Chester, PA. at a cost of $691,000. It was large – 58 ft. wide and 52 ft. tall – with enough room on its main deck to carry 120 automobiles, arranged in six lanes with about 800 people on its upper decks. The M/V PRINCESS ANNE was in service until completion of the Chesapeake Bay Bridge Tunnel in 1964. In 1979 she was sold and renamed the M/V GREENPORT. As the M/V GREENPORT, she provided service between Fire Island, off the coast of mainland Long Island, and Block Island, off the coast of Rhode Island. In the early 1980s, the ferry was bought by investors who planned to convert her to a gambling ship to operate off the U.S. coast in international waters, but financial troubles and legal entanglements resulted in the ferry being sent to a shipyard in Rhode Island as settlement for unpaid bills. From this berth in R.I., the M/V Princess Anne car ferry was towed to Palm Beach County to become the largest artificial reef.  She went down May 23rd, 1993.

If you plan on doing any West Palm Beach Scuba Diving, the Princess Anne is a fun wreck to dive. Grouper, turtles and sharks are frequent visitors!  Sign up today for our next charter or wreck diver specialty class and come enjoy the PA with us! 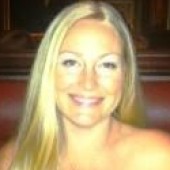